Abstract:
International trade interacts with gender equality in different ways. Its impact is not neutral. The various implications of international trade upon them are conditioned by the distinct roles of women and men in economic activity.
Recognising the socio-economic gaps between both sexes, the most recent trade policies include gender provisions as a means to promote the economic empowerment of women.

In some cases, gender-specific provisions are included in agreements to promote equality, and there are also initiatives to mainstream a gender perspective into general trade rules, and into support instruments for the export sector. The Asia-Pacific Economic Cooperation Forum (APEC) has been a pioneer in including gender issues into its agenda. A stand-alone chapter on gender and trade in a bilateral trade agreement was incorporated for the first time in the 2016 free-trade agreement between Chile and Uruguay. Another milestone was the Joint Declaration on Gender and Trade, endorsed by 118 countries in the context of the 11th Ministerial Conference of the WTO in December 2017.

At the firm level, trade policy in Latin America and the Caribbean has been developing gender initiatives to further women’s export entrepreneurship.
Future actions on gender and trade can be implemented in three different areas: generation of disaggregated data by sex; development of gender-specific trade policies at the national, bilateral and multilateral levels; and promotion of women’s export entrepreneurship, where trade promotion agencies (TPOs) play a key role. 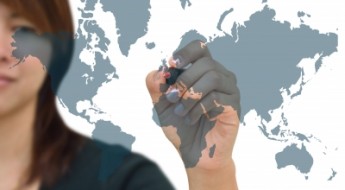 The Pacific Alliance and APEC