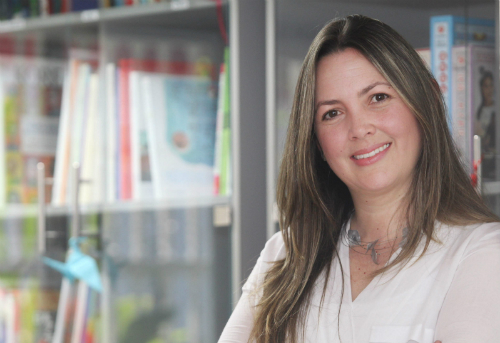 On the entry of Colombia as a possible APEC member

“In first place it was very interesting to see that in this year’s survey on the State of the Region prepared annually by the Pacific Economic Cooperation Council (PECC), opinion leaders were asked about the possibility of opening the membership to new countries.  Several of these options made reference to Colombia and some members of the Pacific Alliance. This indicates that there is a good atmosphere and that PECC could be the channel to recommend the eventual entry of Colombia to APEC. However, the gateway for Colombia should be through the Pacific Alliance. The schedule of upcoming summits of APEC in developing countries could facilitate putting the issue of new members entrance to the forum on the table.

This does not mean that Colombia will be granted membership. Colombia requires reinforcement of its presence in the APEC working groups. It particularly demands the leadership of COLPECC, which is the Colombian Committee to PECC. Colombia should see the Pacific Alliance as the best mechanism to get closer to Asia.

When I say to strengthen its presence in the working groups, it does not necessarily mean to be involved in more groups but to reinforce participation in those that Colombia already has presence. Participation in expert groups on investment, subcommittee on customs procedures, tourism, energy and SMEs is currently representative. On investment there has been continuity while the customs procedures subcommittee has been doing well. More work is necessary in the groups on tourism, energy and SMEs. Out of the last three, the tourism group is essential.

The Task Force Meeting on the FTAAP Collective Strategic Study is very important within APEC, because this study will determine the extent to which APEC will be useful in the long term to disentangle the web of existing agreements, known as the “Noodle Bowl”. As far as this study progresses, it will be crucial because this possible Free Trade Area of the Asia Pacific (FTAAP), in principle, includes the 21 APEC economies, but eventually it could also include Colombia, the three ASEAN members that are not part of APEC (Laos, Cambodia and Myanmar) and India.

Inputs Received from the Entrepreneur Sector Attending the Event: The Pacific Alliance and the Multilatinas: Strategies for Rapprochement with Asia Pacific

The Pacific Alliance could be the platform to not only reach the Asia Pacific region, but to achieve more competitiveness and attract greater investment flows. Colombia should review the high tax burden for companies, since the current scheme puts the country at a disadvantage compared to Chile, Peru and Mexico.

The Colombian government should take advantage of the membership to the Pacific Alliance to foster relations with the Asia Pacific region. The other three Pacific Alliance countries are already members of APEC; they are also part of the Transpacific Partnership Agreement (TPP). Especially Chile and to a lesser extent Peru have bilateral agreements with several countries in the Asian region.

The business representatives within the Pacific Alliance Business Council (CEAP) should start a dialogue with the Business Advisory Council (ABAC) in APEC. Here the role of the Colombian National Business Association (ANDI) is crucial, but also the best way is direct and explicit encouragement from President Santos to entrepreneurs.”

Of Blind People, Elephants and the Pacific Alliance Integration: Institutionalist Account and Proposals For Change

Global Governance and Comparative Analysis of the Integration Process in Latin America: The Andean Community and Mercosur