Discussing the Relationship between Brazil and the Pacific Alliance

Ms Borba commented that she became interested in examining the relationship between Brazil and the Pacific Alliance from a detailed review of the bibliographical sources about Brazilian Foreign Policy, regionalism and regional integration in Latin America. From the appraisal of this literature, she realised there was a standard viewpoint that Brazil abandoned the open regionalism tenets since the 2000s. There was also a consensus on Brazil’s prioritisation of South America as its geographic space for foreign action. 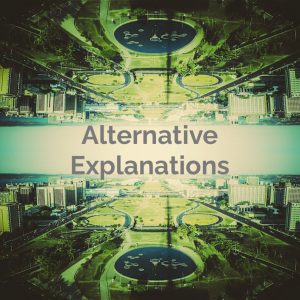 Thus, Julia engaged in studying how the Pacific Alliance, which promotes open regionalism and is opened to Non-South American counterparts, could impact Brazil’s regional integration agenda. In questioning the extent to which the Pacific Alliance conflicted with Brazilian interests, the researcher went beyond economic indicators. She considered cognitive aspects such as perceptions, speeches and proposals from foreign policy formulators in Brazil.

In her view, these aspects complement each other. They allowed her to identify Brazil’s foreign policy changes for the Pacific Alliance during the Rousseff’s first and second presidential period and Temer’s first government. These cognitive aspects enable her to ascertain continuity traits within these three governments. The continuity traits that she mapped lead her to conclude in her recent research that the Brazilian proposal for closer ties with the Pacific Alliance was prior to Chile’s coined proposal of “Convergence within Diversity.” Brazil’s initiative to engage with the Pacific Alliance was motivated by an interest to preserve its market in the PA countries vis à vis other economies. Fears of losing regional influence also underpinned Brazil’s approach towards the Pacific Alliance, notwithstanding that Mercosur continues to be the main foreign policy project for Brazil in South America.

If you are interested to know more about Ms Borba’s research, please visit her featured work at 2019, Borba, Brasil e a Aliança do Pacífico- visões em disputa na integração regional?

Ms Borba’s views as a contributor to the Blog are personal and do not reflect views or policies of the institutions she is affiliated with.

The Pacific Alliance in the Latin American Integration Process

The Pacific Alliance: Challenges as a Pathway towards Integration

The Pacific Alliance: New Challenges and Implications for Latin America