Summary:
In April 2016, the International Monetary Fund (IMF) projected that annual growth in Latin America and the Caribbean would contract for a second straight year, the worst performance since the debt crisis of the early 1980s. Yet regional averages, dragged down by recession in Brazil and sharp economic decline in Venezuela, tell only part of the story. The countries of the Pacific Alliance—Chile, Colombia, Mexico, and Peru—are not the region’s top performers in terms of GDP growth (that distinction falls to Panama and the Dominican Republic). But according to the Inter-American Development Bank (IDB), their average annual growth rate between 2014 and 2016 is expected to total 2.6 percent, more than double the regional average. Together, the four Pacific Alliance (PA) countries constitute almost 40 percent of the regional economy but their collective exports are 55 percent of the region’s total.

The framework accord creating the Pacific Alliance was signed in 2012, aimed at increasing “the free circulation of goods, services, capital, and people,” while also providing a unified platform for deeper integration with the Asia-Pacific region. A review of trade data from 2012 to 2014 suggests that progress toward these goals has been uneven.

Trade has almost uniformly and across multiple sectors decreased within the PA since 2013. Pacific Alliance countries have to a large extent continued to trade more substantially with their longstanding trading partners in large outside markets such as the United States and Europe. Overall, however, and at a time of economic slowdown throughout Latin America, the reductions in trade between and among Pacific Alliance countries in 2013 and 2014 have been smaller than the reductions in each country’s bilateral trade with Argentina and Brazil, South America’s two largest markets. This points to the greater stability of trade within the Pacific Alliance.

Brazil and the Pacific Alliance: conflicting views in regional integration? 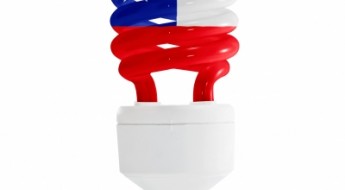