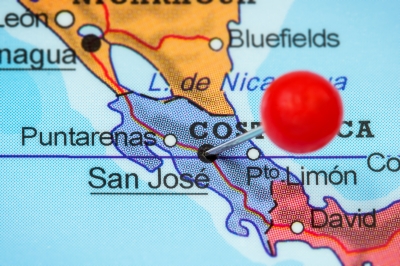 Costa Rica has conducted a study on the feasibility of entering into the PA and an internal review process is under way  to make a final decision after a shift in the government intentions with the change in presidency. Among the issues  at the national level that could hinder the entering of Costa Rica to the PA is the agricultural sector opposition. It seems very concerned with the impact that a future PA membership will have on it prospects.

A series of questions are also worth raising in relation to the admission of future members to the PA. To start, some views suggest that rather than accepting new members at this ‘early stage’ the PA should look further into its internal consolidation. Moreover is there a real policy on the acceptance of new members? It does not seem to be the case and the documents produced so far (www.alianzapacifico.net) refer more to the procedural aspects of adherence of new members rather than the substantial implications of it. A couple of points are relevant: the entrance of new members should be reviewed by a particular working group which will produce a final recommendation on the issue to the Council of Ministers. It is not clear what the parameters for such reviews will be at this stage. More importantly the guidelines prescribe that: members will participate in equal conditions within the PA. Members a free to join and progress towards new ‘integration spaces.’ This possibility cannot be restricted by new members but new members are not obligated to adhere to this new ‘integration spaces.’ What does this mean?

–The PA seems to encourage regional pluralism and I guess no other option is available considering the overwhelming reality of overlapping integration processes in Latin America. However this approach comes with practical difficulties such as overlapping regimes on rules and procedures.

– How will the PA deal with the challenges of actual asymmetrical membership? For the particular case of Costa Rica the asymmetries are quite clear. This is a small economy when compared with Mexico and even Colombia. Is there the possibility to consider variable geometry in relation to it?

I look forward to hearing your views on these interesting challenges for the PA to move forward.

The Formal Beginning of the Pacific Alliance

« Previous post
The Integration to the Asia-Pacific Region: Opportunities and Challenges for the Department of Valle del Cauca and the Colombian Pacific Region
Next post »
Recent Publications on the Pacific Alliance